Bay Weekly has accumulated quite a library in 27 years. As we prepare to leave our familiar quarters, we find ourselves stopping by a bookshelf to revisit one or another old friend. We’ve compiled a list of 20 that have added strength and substance to our love for the Bay. Their authors are (or have been) all citizens of Chesapeake Country, many of them friends who you’ve met in the pages of Bay Weekly as writers or subjects.

As you do your holiday shopping, we suggest you add any you’ve missed to your Bay library or the library of other Bay-lovers in your life.

1. Dancing with the Tide: Watermen of the Chesapeake

With a long history in marine trades, Blackistone doesn’t simply interview the watermen who harvest our oysters, clams, fish and crabs. He goes on board with them and shares their typical workday.

2. Voices of the Chesapeake Bay

This written oral history of those who live, work and play on the Bay tells it story on its cover, picturing former Sen. Bernie Fowler in his tennis shoes, smiling as he looks out across the Bay.

As host of the popular radio show “Voices of the Chesapeake Bay,” Buckley featured hundreds of people who shape our area. This book is a collection of the stories told by activists, farmers, professional sailboat racers, native peoples, watermen and more. 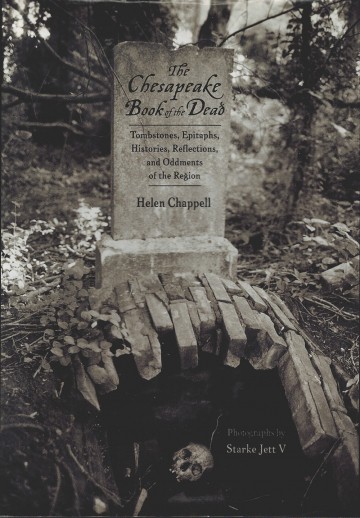 3. The Chesapeake Book of the Dead: Tombstones, Epitaphs, Histories, Reflections, and Oddments of the Region

Helen Chappell, a columnist for The Tidewater Times in Easton and author of many mysteries, romances and the all-original Tales from Oysterback, presents essays on mourning fashion and deathbed performances, graveyard ghost stories, historic cemeteries and the famous residents buried in the Old Line State.

Enjoy the black-and-white photos and reprinted epitaphs as well as the stories behind these eternal resting places. 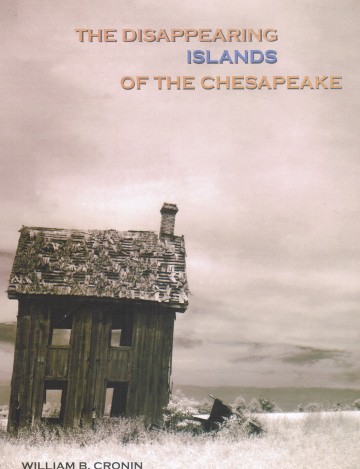 4. The Disappearing Islands of the Chesapeake

Cronin, a retired marine scientist with the Johns Hopkins Chesapeake Bay Institute, began conducting research on the Bay in the 1950s and is considered the father of the movement to preserve the Bay. His groundbreaking historical and scientific tour outlines erosion, loss of marshland and the changing human experience the islands have supported for generations. 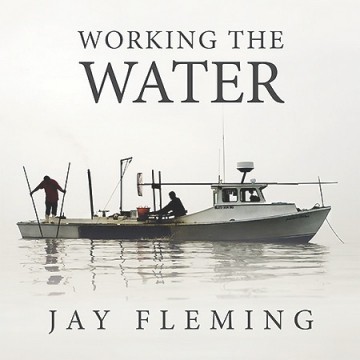 At five-plus pounds, photographer Jay Fleming’s Working the Water makes a beautiful coffee table book. Open it up, and you see it is much more. With breathtaking photos of Chesapeake fisheries and the men and women who work them to earn a living, Fleming takes you on an eye-opening tour of nature and the human spirit from above, under and on the water. 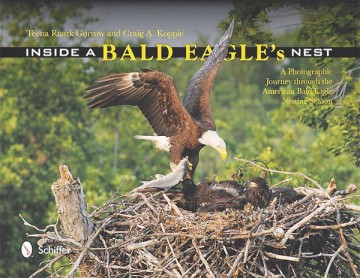 6. Inside a Bald Eagle’s Nest: A Photographic Journey Through the American Bald Eagle Nesting Season 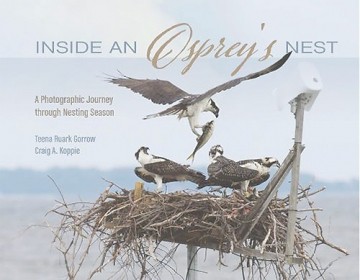 7. Inside an Osprey’s Nest:

A Photographic Journey Through Nesting Season

by Teena Ruark Gorrow and Craig A. Koppie, 2016

Both books are full of photos of eagles and ospreys in their natural habitat, many taken by Koppie as he climbed into nests to band baby birds, as well as facts about their behavior and activities. The stories of biologists swapping unviable eggs from a nest and replacing them with hatchlings are amazing. Included are tips for how to observe and help injured birds. 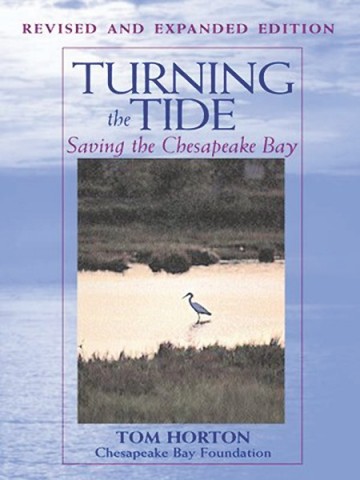 Written as a lesson on “how nature works and how modern society works against her,” according to William C. Baker, president of the Chesapeake Bay Foundation, journalist and Bay chronicler Tom Horton focuses on three areas: The Chesapeake ecosystem; the state of the Bay and lessons and recommendations.

Recommendations include how to achieve reductions of pollution, stop the loss of valuable habitat and improve fisheries management. 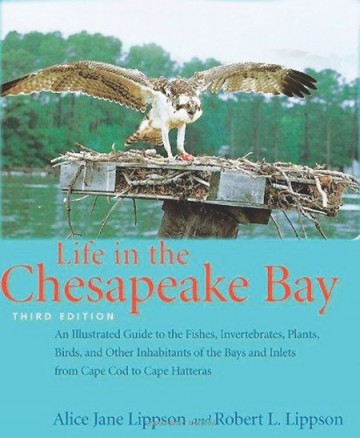 9. Life in the Chesapeake Bay

University of Maryland scientists, illustrators and couple Alice Jane and Robert Lippson lovingly delineate the entire Bay in eight environments, from sand beaches to deeper, open waters, introducing the amazing flora and fauna that live in each.

10. Annapolis: City on the Severn

Learn the more than 300-year history of our sparkling city by the Bay.

Annapolitan McWilliams, a historian and archivist, shares the fortunes and fates of the people of Annapolis as well as the inner workings of the city itself. 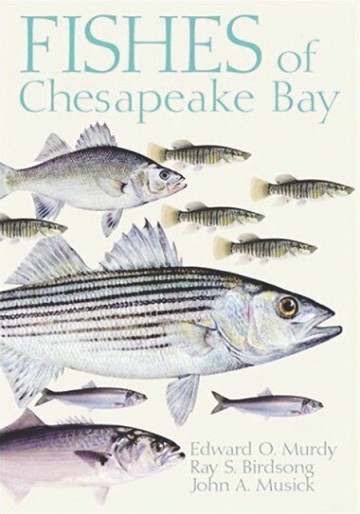 11. Fishes of the Chesapeake Bay

An important resource to a wide geographic area, the Bay’s diverse habitats serve as nursery grounds for fishes that travel far up and down the Atlantic coast. 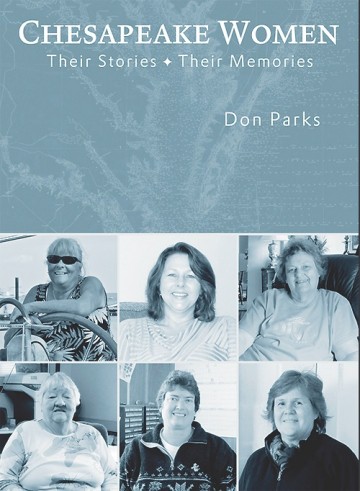 12. Chesapeake Women: Their Stories • Their Memories

Retired educator Parks — the son of a Bay waterman and lifelong resident of the Eastern Shore — introduces 11 women shaped by the Chesapeake lifestyle. Among them is Captain Iris Clarke, who, preserved the Selina II, a sailboat handed down in her family for six generations, as a cruise boat for tourists. And Mary Ada Marshall of Smith Island describes life on the remote island — which didn’t get electricity until 1949. She is well known for her Smith Island Cake, now famous as Maryland’s state cake. 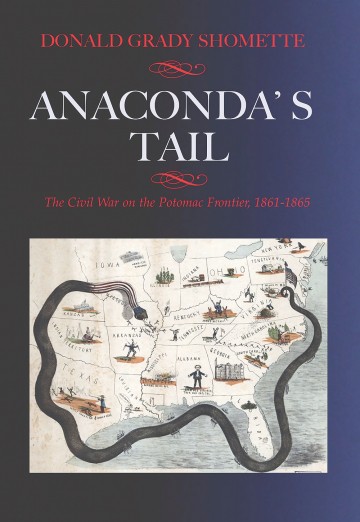 Donald Shomette’s newest, he says, “includes a great deal of never-before published-material on the Civil War in our environs, including some interesting new stuff on the Booth escape.” As is common for Shomette, it’s huge, 778 pages in length, replete with 88 illustrations, photographs, maps, end notes, bibliography and index. 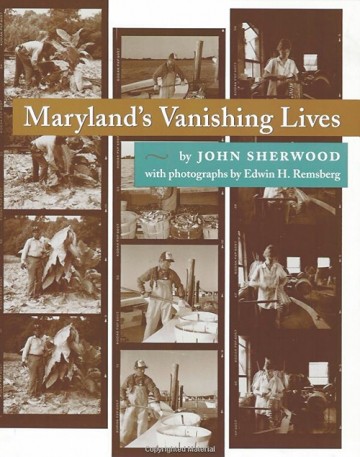 The journalist, who reported for the Baltimore Sun and Washington Star, sought out characters who represented distinctive — sometimes idiosyncratic — lifeways of Chesapeake Country in the waning years of the 20th century. You’ll meet pigeon racers, barbers, elevator operators, hatters, linotype operators and the amazing Vera, empress of the White Sands. 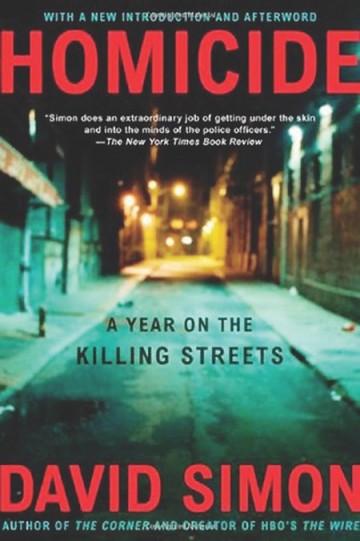 15. Homicide: A Year on the Killing Streets

Former Baltimore Sun police reporter Simon has made Baltimore legendary for its mean streets, transformed his reporting and news stories into books — Homicide and The Corner — then television programs.

Simon spent four years on the Baltimore police beat to share with readers how detectives really operate. As the first reporter granted unlimited access to a homicide unit, he tells the story of a year on the violent streets of a major city. 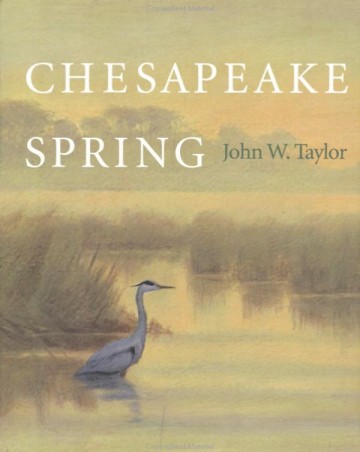 Naturalist John ‘Bud’ Taylor knew how to be quiet and let nature speak. Chesapeake Spring collects Taylor’s weekly impressions of a season that begins, he argues, with the slow advance of light on the winter solstice and ends with the decline of light at the summer solstice. Each short essay is an encounter with one or another harbinger of spring. 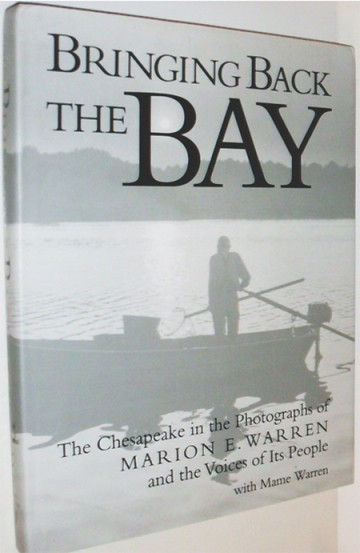 17. Bringing Back the Bay: The Chesapeake in the Photographs of Marion E. Warren and the Voices of Its People

Photographer Marion Warren loved the Bay and Maryland as much as he loved making his revelatory pictures. In this book, his daughter and oft-time collaborator shares commentary from many of his subjects who live and work on the Bay. 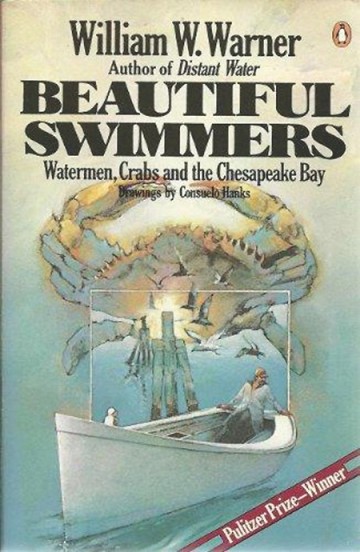 William Warner’s easygoing masterpiece has been around for almost a quarter-century. That means there are now a lot of adults who were too young to appreciate the Pulitzer Prize-winning book when if first appeared in bookstores. They deserve the chance to appreciate this book. It’s also probably time for you to reread it. 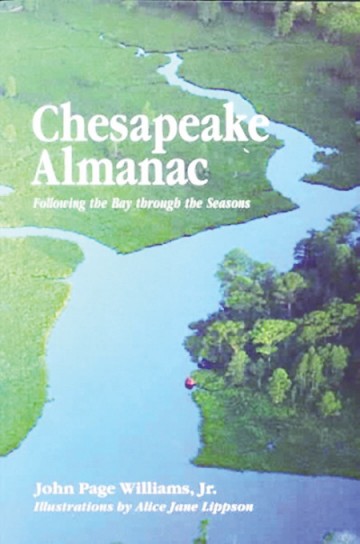 19. The Chesapeake Almanac: Following the Bay Through the Seasons

Scientist, naturalist (for many years with Chesapeake Bay Foundation), captain, fisherman, teacher and writer, Williams has taught tens of thousands to appreciate our Chesapeake watershed in 40 years of conservation service. 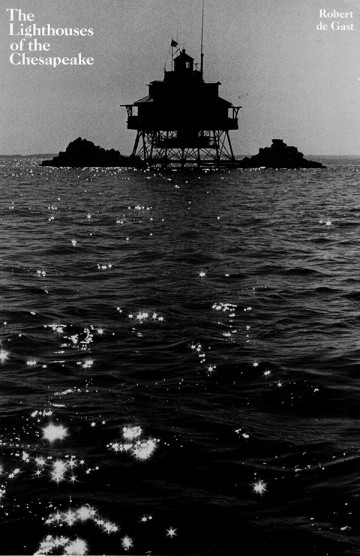 20. The Lighthouses of the Chesapeake

This award-winning photographic essay features 170 black-and-white images of lighthouses along the Bay. For each lighthouse there is a photo and a story of why that particular structure was built, important events in its history and the lives of their keepers. The photos are artistic and haunting.

In This Week’s Issue
Classified Ads
Commercial Real Estate (1)
Rental (1)
Services (1)
Home Improvement (1)
Can't Get Out? Get It Here!