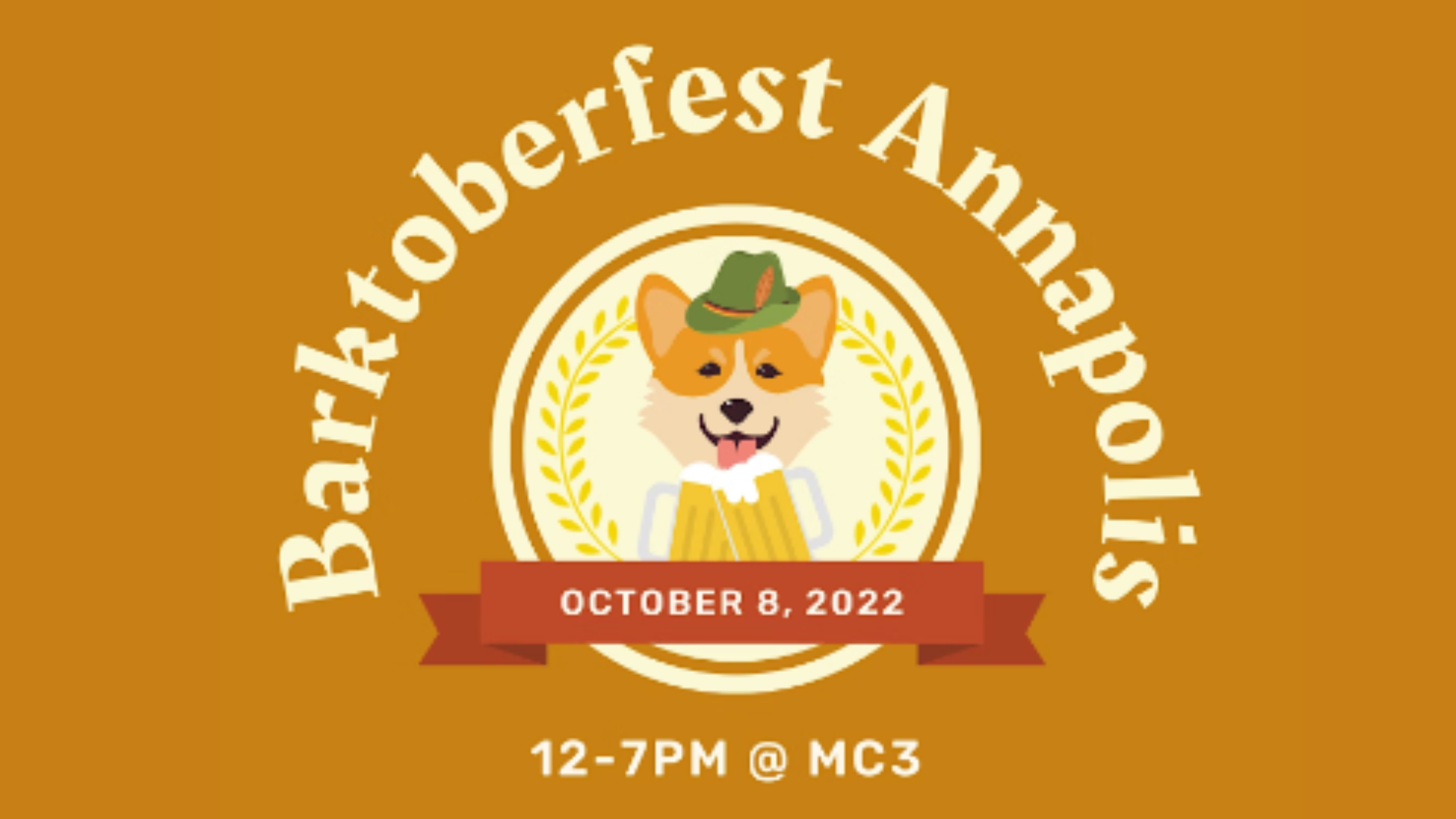 Ready to raise the woof? Join us for ‘barktoberfest’ where there will be plenty of steins and canines as we celebrate German beer, bavarian food, and pawesome four-legged friends.

We’ll be featuring a dog fashion/costume show down a catwalk, plenty of imported brews, and yard games. A portion of the proceeds will go directly to the SPCA of Anne Arundel which is still working on repairing a building from a collapsed roof.

General admission will be held at the MC3 main field with a large tent, vendors, and bars for draft brews and drinks. Don’t miss out! Dogs that are friendly and on a leash are welcome but should be comfortable with crowds and other dogs nearby.

The event will go on rain or shine and refunds will not be issued for no shows or a forced event cancellation.