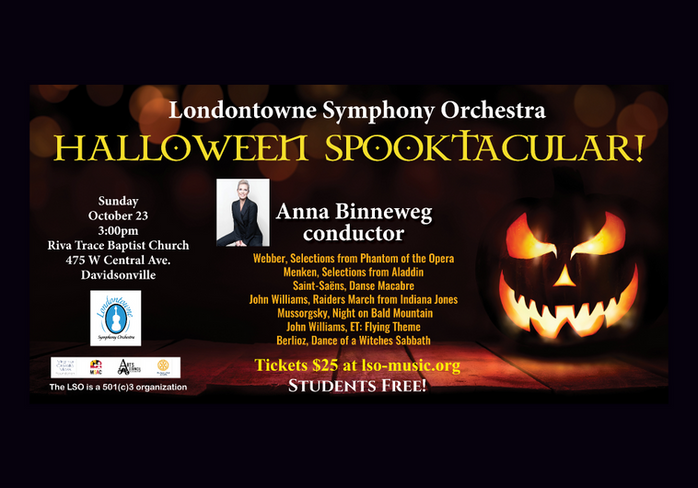 Webber, Selections from Phantom of the Opera

Music from the longest-running show in Broadway history. The show is based on the enticing story of a masked figure that lurks beneath the catacombs of the Paris Opera House, exercising a reign of terror over all who inhabit it.

Disney’s film Alladin tells the story of a young boy who finds a magic lamp containing a genie. He disguises himself as a wealthy prince and tries to impress the Sultan in order to marry his free-spirited daughter, Princess Jasmine.

With vivacious verve, the dance depicts the fantastic tale of Death’s frenzied dance. The work begins with the tolling of midnight bells, after which Death, portrayed as a fiddler, tunes up and commences his waltz. A second theme rouses skeletal celebrants even more energetically until the cock’s crow disperses them and they vanish.

Williams has an incredible gift for crafting melodies that seep deeply into our experience of watching films and television. He wrote this rousing main theme known as “The Raiders March” to accompany the film’s hero, Indiana Jones.

Modest Mussorgsky claimed to have been inspired to compose Night on Bald Mountain by the confession of a witch burned at the stake in the 1660′s. Bald Mountain is in fact Mount Triglav near Kyiv, and the music depicts the legendary Sabbath celebrations of Russian witches held on the eve of the feast of St. John the Baptist.

In true John Williams fashion, he has written this spirited and exhilarating theme to accompany the magical gift of flight.

Berlioz, Dream of a Witches’ Sabbath

Symphonie fantastique is a program symphony representing “An Episode in the Life of an Artist, in Five Movements”. Movement V, Dream of a Witches’ Sabbath, was inspired by an opium-induced dream about a woman he had never met.