An Evening of Revolutionary Music with Bedlam Colonial Music 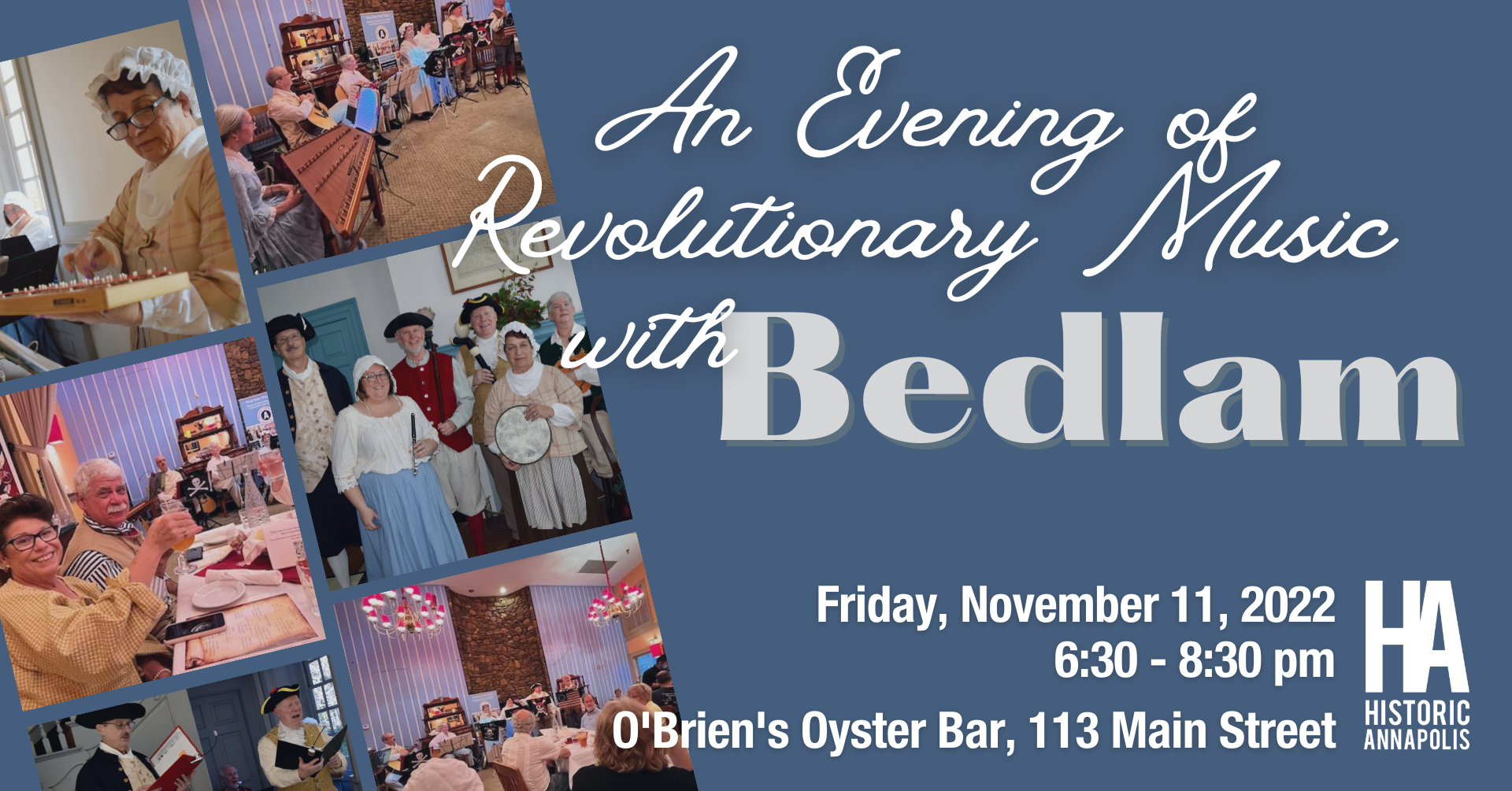 Honor and celebrate Veteran’s Day with a patriotic musical tribute. Join Historic Annapolis for a return engagement of the musical group, Bedlam, at O’Brien’s Oyster Bar and Seafood Restaurant.

Drawing largely from the group’s repertoire of 18th and 19th century music of early America, the performers use their voices, recorders, guitars, drums, and hammer dulcimer to explore a variety of themes relevant to war and its effects on communities.

Among the varied musical styles and settings will be upbeat songs to lift morale, ballads commemorating heroes and battles, and songs to memorialize the fallen young soldiers. For example, the ballad, “The Death of General Wolf”, chronicles the historic battle of Quebec that was fought between the French and British armies on the Plains of Abraham outside the city walls. You will also hear marching tunes like “Yankee Doodle” and “The British Grenadiers” and recruiting songs like “Over The Hills And Far Away”, that stir the soul of the listener, as much now as in former times when they called young men to war. General George Washington will be remembered in two very different songs – a tavern song called “A Toast to General Washington”, and a hauntingly beautiful ode called “Lady Washington”, which tells of Martha’s search for her husband in the confusion and chaos at the end of a battle.

Join us for this special musical tribute to America’s earliest Veterans.

Registration required. Seating is available at tables for four (4); patrons will be assigned to a table. To reserve a single table of four, please purchase your tickets under one order. For table groups larger than four, please contact Janet Hall at [email protected]

Please note, this program will take place on the second floor and requires ascending a flight of stairs.

Cost: $30 per person, General Admission; $25 per person for Veterans, HA Members and HA Docents. Optional dinner add-on available for $30 per person; cash bar will be available.