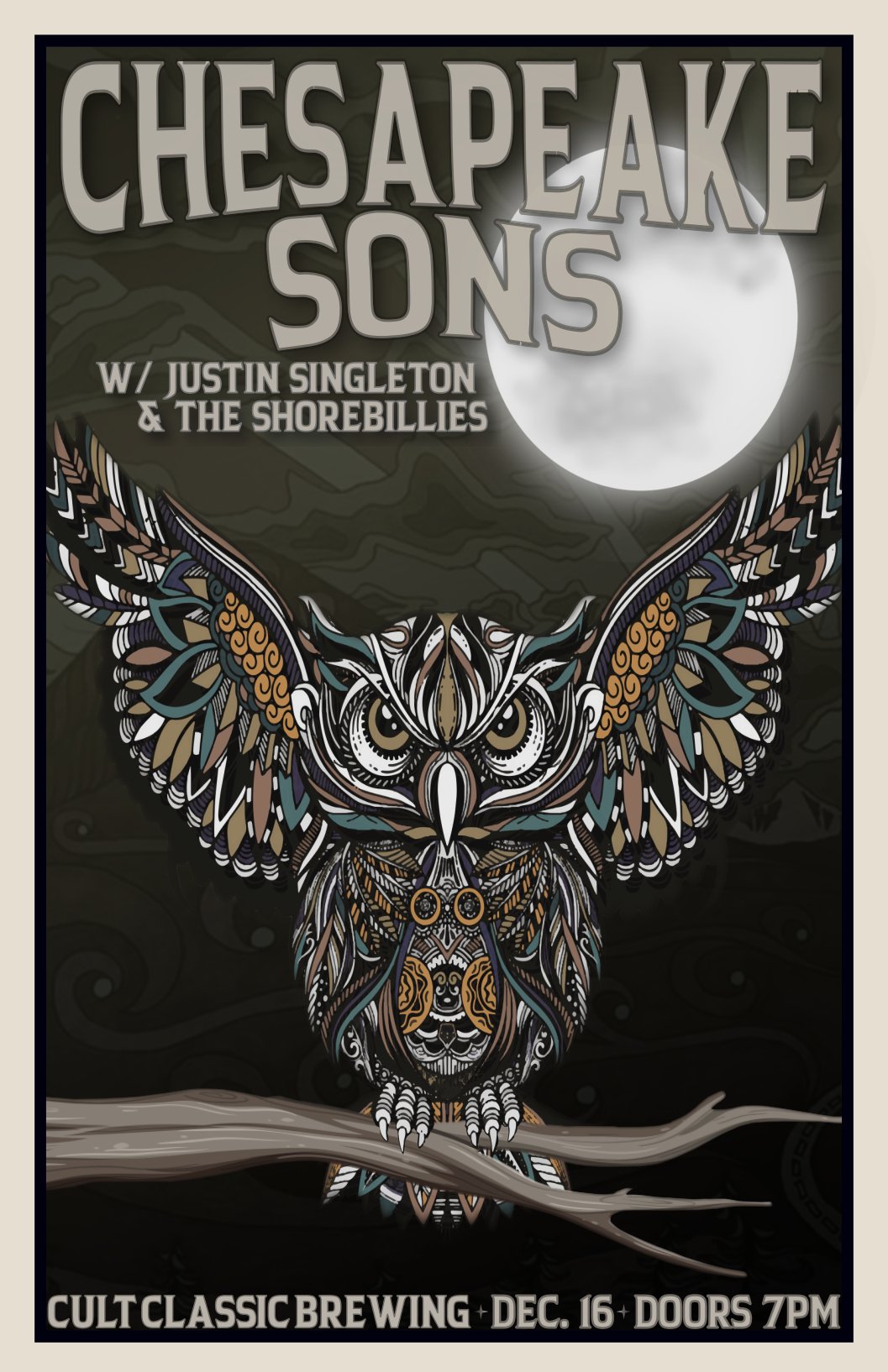 On any given night, the energy at the Cult Classic Brewery is strong. There is something peculiar about this old building that the local islanders know all too well. Discussions about it are rare, with tales only told in dimly lit bars under a full moon’s light. However, on this particular Saturday evening, with All Hallows’ Eve approaching, the ether is thin, and the air hangs heavier than usual.

Members of the Cult staff dig up an antique Ouija board buried deep in the confines of an old walk-in freezer. Overcome by curiosity, they cautiously begin testing the boundary of the living and dead, calmly asking, “Are there any spirits in this room?” The wooden planchet creeps around the board slowly spelling out “HIC.” The group discovers this is Latin for “We’re here.”

A distant rattling breaks the awkward silence and someone jokingly blurts out, “Won’t you join us?” With this request, the overhead lights flicker as a high-pitched, muffled groan builds. The staff’s heads swivel around in terror and the lights cease completely. Darkness swallows the room momentarily until a bright strobe flash blinds everyone. The crew quickly realize they’ve opened a portal to the past.

On this exact date in the year 1712, spinster Virtue Violl found herself at the center of the area’s most brutal witch hunt. Hers would be the last witch trial in Maryland, and whatever energy the Cult staff tapped into found terror in lieu of peace. Some say there is a connection between all witches, and this just may prove it.

Virtue Violl is the first to flee through the light into modern day. Generations of sister witches and an angry mob of old salty islanders hunting for explanations and blood follow her. It seems the antique Ouija board has established a conduit for all of history’s HYSTERIA.

One may wonder: was Virtue Violl just another woman shunned for her differing views in an era of religious fervor, or was she actually a witch? During her Annapolis trial in 1715, she was surely set up to be the latter. Accusations of cursing the tongue of Elinor Moore rendering her unable to speak and claims of being “seduced by the devil wickedly & diabolically” were thrown recklessly about the courtroom.

Wonderment aside, Virtue’s ghost is now wandering the brewery, echoing her most wicked deeds while attempting to escape fate yet again. Countless witches and towns people alike have flooded the industrial building, bringing their emotionally charged spectral sceneries with them. Areas of Cult Classic that once displayed grey cinder blocked walls now portray pictures of the past. Pieces of colonial villages with corn bounded dirt paths emerge. Trees seemingly grow straight out of the smooth concrete floor while swaying spectral bodies hang from their limbs.

Ancient Norse witches sacrifice animals for spell casting. Moll Dyer of Leonardtown runs from her accusers into the night. Sarah Good and Sarah Osborne of Salem taunt islanders from iron cages. And the infamous Elly Kedward, better known as the Blair Witch of the Black Hills, roams her forest.

Prepare yourselves to join in this hunt. Will you side with the persecutors or the accused?

Do not touch the actors or the props.
Stay with your tour group and guide.
Wear suitable walking shoes.
No photography, live videos, or video recording during your tour.
No smoking, vaping, or outside beverages permitted in the trail attraction.
Dark Hollows Reanimated uses strobe lights, flashing lights, and fog.

Do not enter if you suffer from any breathing, heart, mental, or other physically impaired medical conditions.
Do not enter if you are pregnant or have broken bones/casts.
If you do not abide by these rules, we may remove you from the attraction without a refund.

Thank you for your support. We hope you enjoy your tour!